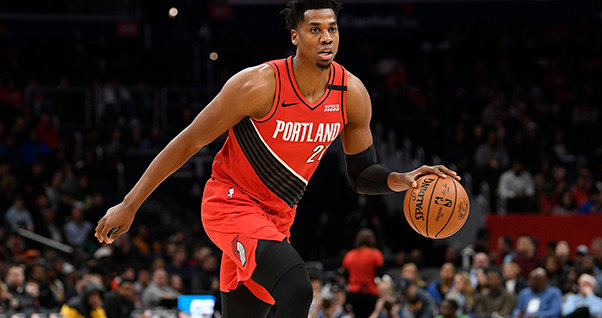 Hassan Whiteside agrees to one-year deal with the Sacramento Kings.

Whiteside is coming off a four-year, $98 million deal signed with the Miami Heat in 2016.

Ky Bowman has agreed to sign with the Los Angeles Clippers.

Bowman will have the opportunity to compete for a roster spot in training camp. 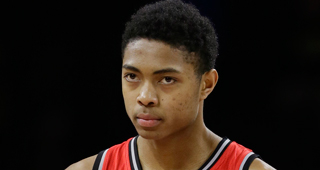 The Houston Rockets would like to re-sign Bruno Caboclo in free agency, Kelly Iko of The Athletic reports.

"The organization is invested in him and would like to have him going forward," writes Iko.

The Rockets acquired Caboclo from the Memphis Grizzlies in exchange for Jordan Bell at the deadline.

Caboclo was the 20th overall pick in the 2014 draft. Caboclo was previously in the Rockets' system with the  Rio Grande Valley Vipers.

At least one rival team filed a formal complaint to the NBA league office on Wednesday regarding the Milwaukee Bucks' reported sign-and-trade for Bogdan Bogdanovic, sources tell Eric Fischer of Bleacher Report.

The league informed both the Bucks and Sacramento Kings that afternoon that it would open an investigation into the alleged sign-and-trade already being agreed to between the parties.

Bogdanovic's camp insisted they never discussed the particulars of an agreement with Bucks officials and that they were only made aware of the negotiations. Bogdanovic even let Giannis Antetokounmpo and Thannis Antetokounmpo know he had never agreed to a contract with the Bucks.

The Bucks and Kings agreed to a framework of a sign-and-trade with Donte DiVincenzo, Ersan Ilyasova and D.J. Wilson going to Sacramento in exchange for Bogdanovic and Justin James. The Bucks would have then become free to negotiate a contract with Bogdanovic when free agency opened on Friday.

All the players included within the trade framework were notified.

They spoke numbers times over the phone and during a few calls Giannis communicated his desire to become teammates with Bogdanovic.

There was tremendous confidence within the Bucks that Antetokounmpo would sign the supermax when it appeared the team would trade for Jrue Holiday and also acquire Bogdanovic.

"There has since been a categorical step back in that confidence, even if Antetokounmpo does ultimately accept the franchise's offer of a five-year, $228 million supermax extension," writes Fischer.

Early conversations with the Sacramento Kings centered on Eric Bledsoe and the No. 24 pick. The Kings insisted on Donte DiVincenzo being included, just as the Indiana Pacers had with their Victor Oladipo talks.

Bogdanovic was communicated as Antetokoumpo's preferred addition all offseason.

Because the Bucks used the contracts of Bledsoe and George Hill to acquire Holiday, they would be more limited in what they could offer Bogdanovic in a sign-and-trade. 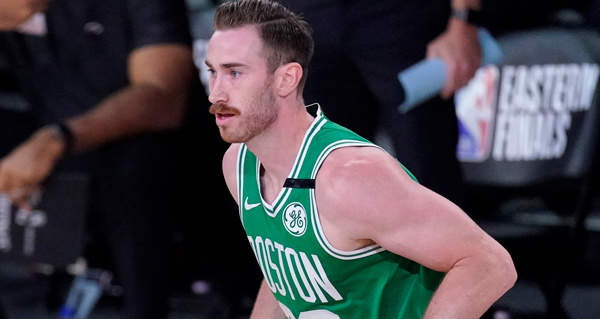 The Charlotte Hornets and Boston Celtics have worked on a Gordon Hayward sign-and-trade that's contingent on finding a third team to take on the $27 million owed to Nic Batum for 20-21.

The Hornets will have to waive and stretch Batum in order to sign Hayward outright. Batum's remaining $27 million would remain on Charlotte's books as $9 million in each of the next three seasons.

The Celtics previously discussed a sign-and-trade involving Hayward with the Indiana Pacers, who didn't have a path to sign him outright.

Hayward and the Hornets agreed to a four-year, $120 million deal last week, which will remain unchanged either way. 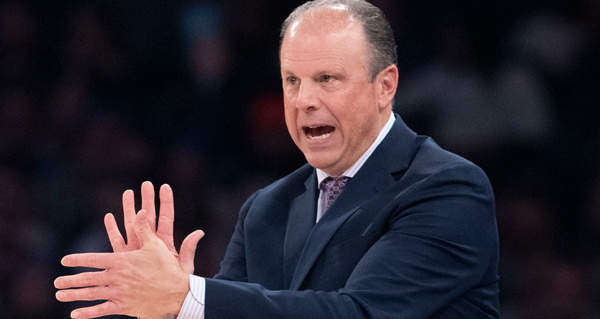 The Oklahoma City Thunder are hiring Mike Miller as an assistant coach on the staff of Mark Daigneault.

Miller finished the 19-20 season as interim head coach of the New York Knicks.

Miller was head coach of the Westchester Knicks from 2015 until 2019.

The Atlanta Hawks signed Danilo Gallinari to a three-year, $61.5 million contract in free agency, but Year 3 is only partially guaranteed.

For the third season of the deal in 22-23, Gallinari's contract is guaranteed for just $5 million out of his $21.4 million.

Gallinari is 31 and has had injury issues throughout his career.

Patton was included in the Clippers' three-team trade for Luke Kennard.

Patton was the 16th overall pick in 2017 out of Creighton by the Minnesota Timberwolves. Patton was signed by Detroit in June.

For multiple weeks before the Milwaukee Bucks secured a trade for Jrue Holiday and a presumed sign-and-trade for Bogdan Bogdanovic, Marc Stein of the New York Times writes "there had been promising rumblings in league circles that [Giannis] Antetokounmpo was prepared to sign the extension."

Antetokounmpo is eligible for a supermax extension this offseason in which he can sign a five-year deal for 35 percent of the salary cap worth $230 million. If Antetokounmpo were to sign a shorter deal with the Bucks or with a rival team in 2021, it would be for 30 percent of the cap.

"A belief was building that Antetokounmpo was likely to opt for immediate financial security by signing before the season and quietly reserving the right to try to force a trade later if he was unhappy, as [Paul] George did one season after re-signing in Oklahoma City," adds Stein in his reporting.

The Bucks have been emphatic that they would not consider trading Antetokounmpo if he declines to sign the supermax.

Wizards Have No Plans To Trade John Wall