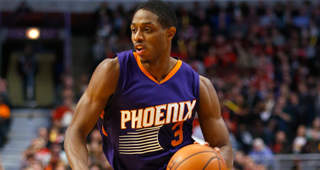 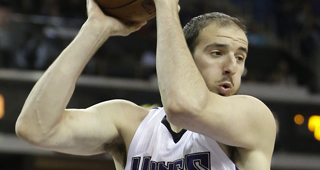 The Houston Rockets have interest in trading for Kosta Koufos of the Sacramento Kings.

The Rockets would like to add a big man with Clint Capela out for several weeks due to injury.

Koufos has a player option in which he can become a free agent in 2018. 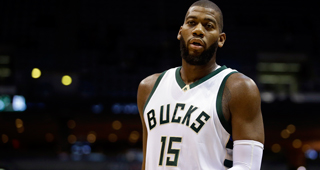 The Milwaukee Bucks continue to be interested in trading away Greg Monroe. Monroe is on a $17.14 million salary and has an opt-out clause for 17-18 with his salary of $17.88 million if he opts in.

Monroe was signed by the Bucks during the 2015 offseason but he has struggled to fit in beside Giannis Antetokounmpo and Jabari Parker.

The Bucks also have John Henson and Miles Plumlee at center signed long-term. 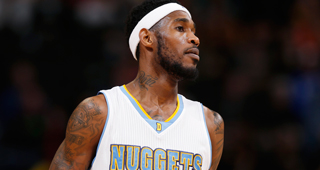 Will Barton hopes to stay with the Denver Nuggets as he continues to be linked to trade rumors.

“It’s tough but you hear a lot of stuff going around,” Barton told The Denver Post. “I don’t pay any attention to it, I try not to let it enter my mind and enter things that I’ve got going on. I’m here, I like it here. I just try to work hard every day, perform, and just get wins for my teammates. That’s all I care about, just focusing on the Denver Nuggets.”

Barton is in the second season of a three-year, $11 million contract and has no interest in leaving. 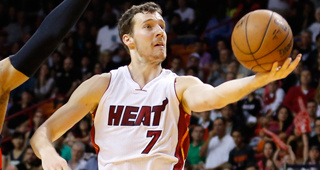 Goran Dragic is open to a trade from the Miami Heat as they appear to be rebuilding after losing Dwyane Wade and Chris Bosh.

Dragic is having another strong season and trading him now would allow the Heat to recoup some of the cost they expended in acquiring him from the Phoenix Suns in 2015 when they dealt two future first round picks.

Dragic is 30 and is on a reasonable contract.

Teams that have sought discussions with the Heat on Dragic have found them to be open to offers.

The Sacramento Kings and Heat held talks centered on Dragic earlier in the season.

Nerlens Noel surprisingly played on Tuesday with Joel Embiid getting in foul trouble and he received a standing ovation from the Philadelphia 76ers' home crowd.

The 76ers had announced that Noel would be out of the rotation as they manage the four centers on their roster in Noel, Joel Embiid, Jahlil Okafor and Richaun Holmes.

"I loved it. He's my best friend on the team, and I was really happy for him," said Embiid. "He's been working his ass off too. The other day [he] was in the gym just working with Richaun [Holmes], playing one-on-one, two-on-two, so I felt really happy for him and I thought he should have played more.

"I also want to get on the court and see what we can look like together, because I like him and want to play with everybody. I feel like if we are trying something, we should try the other thing too. So hopefully in the future they do that.

"Because I have some type of relationship with him, I think I'm going to get him going, especially on the defensive end. Being aggressive, blitzing every pick and roll, just flying all over the place, I think we can really do that while we're on the court, and then offensively I'm sure we are going to figure it out. But I mean it's a team game, so just going to go out and compete every night with what we have."

Nerlens Noel met with Brett Brown on Saturday about his lack of playing time.

Noel complained publicly to the media on Friday after playing just eight minutes.

"You might get emotional sometimes, and I'm human and I want to play basketball at the highest level," Noel said. "Now moving forward, it's taking it day by day and keep improving."

Friday's game marked the first time this season the Philadelphia 76ers had Noel, Joel Embiid and Jahlil Okafor available for the same game.

"I think I'm too good to be playing eight minutes," Noel said Friday night. "That's crazy. Need to figure this s--- out."

Brown understands Noel's frustration and hopes Saturday's meeting will help them get on the same page.

"He's highly competitive; he's in a very unusual situation," Brown told reporters Saturday. "The fact that it came out as soon as it did caught me off guard. We've discussed it, and I'll be surprised if everybody's not seeing how we all need to handle this better going forward."

Nerlens Noel will be a restricted free agent in the offseason and could move on from the Philadelphia 76ers as they deal with their glut of centers.

The 76ers could be open to trading Noel before the trade deadline.

"The research teams have done on him is not good," said Wojnarowski. "They don't get good reports back on their intel of how he's carried himself there, of his habits. It's not a great return. There are teams willing to do a deal for him and bring him in but they don't want to give up much.

"At some point Philadelphia has to make a decision 'what's the best we can get for him?'

"I think at some point he probably moves." 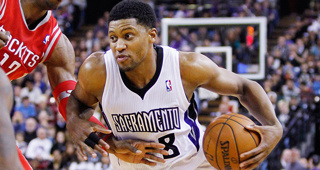 Rudy Gay can become a free agent this offseason and has openly suggested he isn't interested in re-signing with the Sacramento Kings.

"The one player who is going to have to move between now and the trade deadline is Rudy Gay," said Wojnarowski. "I don't think the Kings can make the same mistake New Orleans made last year with Ryan Anderson. Ryan Anderson was pretty clear he was not going to re-sign there and they lost him for nothing. Especially for a team so devoid of assets, they couldn't let him walk for nothing.

"Oklahoma City got down to the wire before Cameron Payne's injury (trading for Gay).

There are several teams with interest in trading for Gay.

"There's no question Oklahoma City. Indiana has had interest in him. Houston has had some peripheral interest. I don't think they have the pieces to trade."

Paul George has a player option in 2018 where he can become a free agent but the Indiana Pacers remain committed to trying to build a winning team around him.

"I know teams have been calling Indiana and asking about Paul George and the answer is absolutely, positively no," said Wojnarowski about a possible trade. "'He's not available, there's no conversation to be had, don't even make offers to us. We're not moving Paul George.'"

"Their mindset in Indiana is to continue to try to build around Paul George and Myles Turner and try to find a combination around them that will get Paul to want to re-sign and stay there.

"That being said, I think the Pacers are very much open for business with almost everybody else. I think they're in a place where they're willing to go out and try to find some guys to put around him."

The Pacers currently have a 13-12 record, which puts them in seventh place in the Eastern Conference.