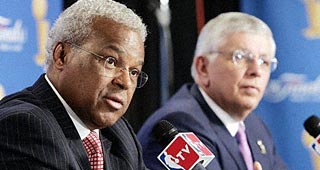 In a podcast conveyed to NBA players, union chief Billy Hunter said that he will not agree to a hard cap with the league seeing large growth in revenues.

Details of the union's proposal for the next collective bargaining agreement were obtained by the New York Times.

They include expanding flexibility for completing trades (such that player salaries traded only need to be within approximately 250 percent of each other), eliminating base-year compensation rules, increasing qualifying offers required to make a player a restricted free agent, shortening the time period a team has to match a restricted free agent's offer sheet, replacing the biannual exception with a second midlevel exception, and dropping the age limit back to 18.