Adam Silver was asked if he's okay with how the Philadelphia 76ers have run their franchise over the past three seasons under Sam Hinkie.

"I don’t want to answer that directly," said Silver. "As I said, there’s a marketplace of ideas and approaches that go into managing a franchise.

"Am I fan of that strategy? Put it this way: No. But does that mean that it’s not acceptable under the league rules? It doesn’t."

"There’s a resetting of sorts going on with the 76ers right now," said Silver. "And I think that ultimately may speak louder in the marketplace of teams than any tinkering we do to the draft lottery."

Silver reportedly received calls from other teams about what the 76ers were doing and that he intervened.

"Those reports are not correct. Josh Harris, who’s the principal owner of the 76ers, decided on his own that he needed to change course. He and I had many conversations along the way about the utility of the strategy that he was following. And he came to the conclusion once this season began, and he saw how his team was performing on the floor, that he needed to change his strategy.

"Other owners were not pressuring him at all. In fact, it’s a weird dynamic in the league that while all the owners would like to see teams well operated, other owners just want to win (laughter). And so nobody was calling me and saying go call the 76ers and tell them how to beat us." 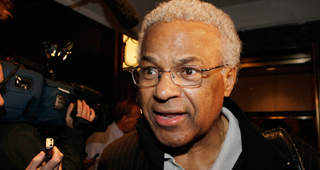 The National Basketball Players Association has filed a countersuit against Billy Hunter seeking "millions of dollars."

The NBPA alleges Hunter committed "willful and deliberate misconduct and breach of his fiduciary duties."

Hunter has been seeking at least $10.5 million in damages for alleged breach of contract.

"Hunter knowingly, intentionally, and willfully failed to secure the constitutionally required approval of the 2010 Alleged Contract in order to shield such contract from scrutiny by the NBPA's highest policymaking bodies and to thereby obtain the most favorable terms and conditions of employment for his personal benefit and to the detriment of the NBPA and its membership," the union alleges in the countersuit. 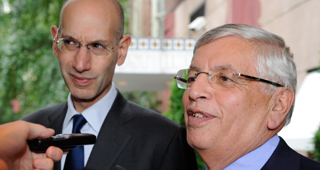 Adam Silver had "a significant hand" in putting Jerry Colangelo into the front office of the Philadelphia 76ers.

Silver helped put Colangelo together with Josh Harris to help appease critics of their rebuilding process.

Stern retired as commissioner of the NBA in 2014. 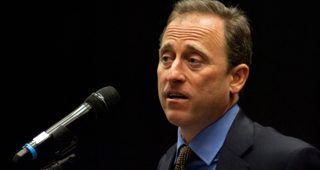 A report from Forbes that the owners of the Philadelphia 76ers may soon be inclined to sell the franchise was denied by a team spokesman.

The Forbes story states that Harris and co-owner David Blitzer are "gunning" to own the first NFL team in London and "want to flip the Sixers."

Regarding his future ownership, Harris said: “I expect to happily be involved with the Sixers for many, many years. There are no plans to sell [the team]. Our ultimate goal has not changed and that’s to bring an NBA championship to Philly.”

The NBA and NBPA met on Tuesday to discuss the collective bargaining agreement.

The NBA released the following statement:

"It was a preliminary meeting that included constructive dialogue, and we agreed to continue our discussions."

Either party can exercise an opt out of the current CBA by giving notice by December 15th, 2016.

The NBA is unlikely to have another discussion of lottery reform until the next session of collective bargaining in 2016 or 2017.

Last fall, Adam Silver submitted a proposal that would have flattened the lottery odds but it was voted down by 12 teams voting with the Philadelphia 76ers. The Oklahoma City Thunder were among the teams to lead a behind-the-scenes lobbying effort.

The fear was small market teams would be at a disadvantage to tanking for a high draft pick.