Tamika Tremaglio of Deloitte has been selected as the new executive director of the National Basketball Players Association. 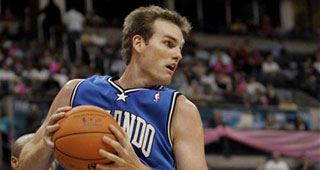 The National Basketball Players Association continues to search for a new executive director to replace Michele Roberts, who is stepping down in the near future.

Malik Rose was previously reported to be a candidate but several others have subsequently emerged.

Croom is a former executive with the Minnesota Timberwolves and also has experience working in the league office and as a player agent.

Duncan is the former U.S. Secretary of Education and played basketball professionally in Australia after his college career at Harvard.

Reynolds is an attorney and is the head of global government relations at business technology company ServiceNow.

Garrity played in the NBA for 10 years and is a former NBPA officer. Garrity also has worked in a front office with the Detroit Pistons.

Termini is a longtime attorney and player agent, who most recently headed negotiations for Klutch Sports.

Chicago-based Heidrick & Struggles is the search firm enlisted by the union.

There is a growing sense that the ultimate successor to Roberts could be an off-the-board selection not previously identified.