The NBA will not fine or suspend Rudy Gobert for his actions leading up to testing positive for COVID-19, sources tell Chris Haynes of Yahoo! Sports.

Gobert was the first player to test positive for the virus on Wednesday and was followed by Donovan Mitchell. Mitchell's locker is next to Gobert.

Gobert reportedly ignored directives from the NBA not to touch other players. Gobert also playfully touched the microphones of media members at the conclusion of an interview this week. 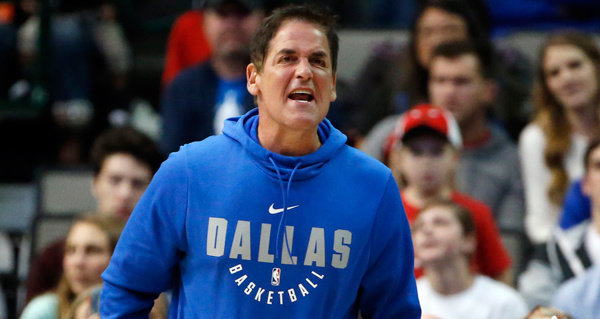 The NBA has issued a $500,000 fine to Mark Cuban for "public criticism and detrimental conduct regarding NBA officiating."

The NBA also denied the protest of the Dallas Mavericks' loss on Feb. 22, which ended with Cuban confronting referees on the court and then he criticized them on Twitter and while speaking to reporters.

The NBA said in a statement that Cuban's comments were "highly critical, personal and demeaning to the league and its officiating staff" and that he continued to publicly criticize the officiating over the following days.

"It is a recognized part of sports for fans and the media at times to criticize officiating, but team executives must be held to a higher standard," the NBA said. "A team owner's effort to influence refereeing decisions during and after a game creates the perception of an unfair competitive advantage and thereby undermines the integrity of the game.

"Demeaning league employees also creates an intimidating workplace environment. With an increased focus on respectful conduct by coaches, players and fans during games, the actions of team executives should set an example and not lower expectations for appropriate behavior in our arenas."

Marcus Smart has been fined $35,000 by the NBA for his interaction with referees during a loss to the Brooklyn Nets.

Smart had to be restrained as he argued referees.

The amount of the fine took prior incidents involving Smart into consideration.