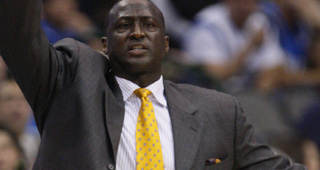 Jazz coach Tyrone Corbin dismissed the traditional use of an eight-to-10-man rotation.

That is a wrinkle the NBA introduced this season.

Teams are allowed to dress and play 13 players — instead of a dozen — for the first two months.

The final two months, however, 13 players can dress but only 12 will be allowed to see action. One player must be designated as being non-active, taking that option away from coaches. 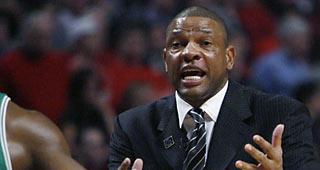 Under Doc Rivers, the Celtics have never finished any better than 15th in offensive rebounding.

Because the Celtics have been so consistently weak in this area, there has been a perception that this is something that Rivers doesn't stress. Not true, he says.

"We always wanted to do that," Rivers said. "That's been one of the most misunderstood things about us. We've always told our bigs, 'If you're under the basket and we shoot, how about going to get it?' " 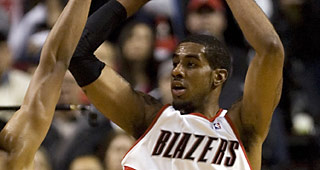 Portland's small lineup of LaMarcus Aldridge, Gerald Wallace, Jamal Crawford, Wesley Matthews and Nicolas Batum overpowed the Sixers to take a 72-70 advantage all the way to 95-80. The Blazers ultimately won by a 107-103 final after Philadelphia battled back again.

"When we go small like that if they double team we have a bunch of guys that can make plays," Aldridge said. "That's probably our most lethal offensive lineup."

Aldridge had 25 points to lead the Blazers, while Gerald Wallace had 21 points and nine boards.

"We have a lot of weapons," said Aldridge. "I think as times got tight for us guys stepped up and made big plays." 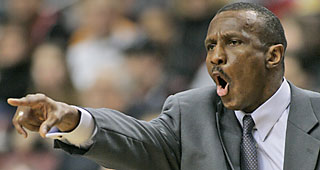 The Raptors defeated Cleveland by a final score of 104-96 in their 11-12 regular season debut.

"Everybody who stepped on the floor contributed in some way or another," said new coach Dwane Casey. "I liked what I saw tonight, but this is a process. The good thing is we've got 65 more games to find out how far we can go."

Toronto assisted on 35 of its 42 field goals.

"I always say, 'Trust the pass,' and my guys did," Casey said. "They trusted each other, and found the open man."

Casey believes their ball distribution is what will separate this year's team from last year.

“That’s the difference from this year and last year, I thought,” Casey said. “No disrespect to last year but this is not a democracy offensively; we want to make sure we get the ball where we want it to go.

“It’s not a “my turn” game, it’s not a rec league game,” the coach added. “We want to make sure our offensive players who are our closers get the basketball and I thought Jose (Calderon) did an excellent job of doing that, getting the ball to DeMar and also Andrea at the right time in the right place.” 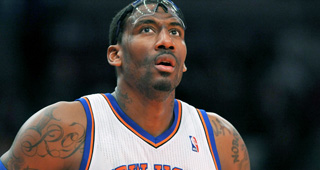 Stoudemire posted a usage rate higher than 18.1 in 77 of the 78 games he played last season.

Stoudemire was frequently positioned as a spot-up shooter during those situations, similar to the way Dallas used Dirk Nowitzki when Chandler was involved in the pick-and-roll. 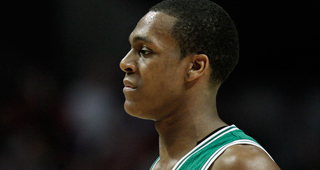 Rajon Rondo had an outstanding 31 points, 13 assists and five steals (27.6 FIC40) in Boston's Opening Day loss to the Knicks.

"This is the Rondo we want," Doc Rivers said after the game. "This is what we talked about last year. Getting to the free-throw line. Taking the shots when they're open. I thought he was the aggressor in the game. I don't know if [he] can do that every night, but overall, that's the Rondo that we want. It was terrific."

"He attacked. He attacked early. He set the tone, got into the paint, softened up their defense," Ray Allen said. "It's a great sign for us."

"I was just trying to get us into transition," Rondo said. "Trying to get us to the line. Trying to get us some easy looks, get them in the penalty early. But it's only one game. When P [Pierce] gets back, obviously, some of the shots will go to P. Whatever the team needs, whatever Doc wants me to do, that's what I'll do." 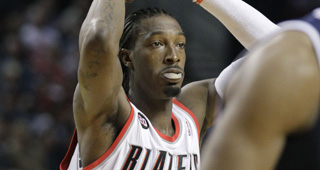 Nate McMillan believes he has now learned the best way to use Gerald Wallace, who is known for having one of the best blends of toughness and athleticism in the NBA.

"You just have to let him go, you have to just let him play," McMillan said. "I don't think you put a lot of rules and restrictions on him. He plays fearless basketball ... Sometimes you can over-coach. If he is out there thinking, should I do this or should I do that, you can take away his strength, which is the ability to anticipate and create opportunities. So you just let him go."

Wallace excels most when he's allowed to roam free, when his basketball instincts and intuition take over and his mind rests.

Wallace is the great unknown for the Blazers in terms of how he can impact the team.

"You just have to let Gerald play his game," center Marcus Camby said. "You see him out there all over the basketball court, trapping the basketball, being aggressive and that leads to a lot of easy buckets for us. Gerald really can't define his game by position, he' just a player. He goes out there, he's very scrappy ... he gives up his body. He only knows how to play one way, which is all out." 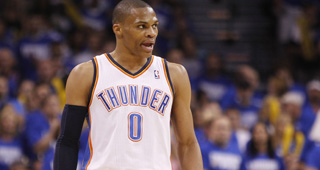 On Sunday, David Stern dismissed the argument that the luxury tax will hurt small market teams like the Thunder.

The Thunder already have Kevin Durant on a rising extension and would need a large payroll to retain Russell Westbrook, James Harden, Serge Ibaka and Kendrick Perkins.

“That's ludicrous,” Stern said. “The idea that the luxury tax hurts small markets is ludicrous. It may impact a small market that is a great team and has to raise payroll. But at bottom, it's designed to eliminate the ability of teams to use their economic resources to distort competition.

“It does have a bite if you have any team that's well assembled and you want to keep it together. So if you have the Thunder over here and the Heat over there, they're both going to have to deal with luxury tax issues. That's not a small market (issue).”

Stern added that the Thunder, like any loaded team, would someday potentially have to surrender one of its stars.

“People are saying to Miami, ‘Well, you're going to have a decision to make with respect to one of your big three.' And they may say the same thing to Oklahoma City, and that's a good thing." 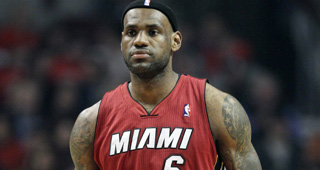 Erik Spoelstra said the Heat were prepared to be aggressive offensively against the Mavericks, giving LeBron James and Dwyane Wade more freedom to operate instead of being held to a structured offense.

"It allows us to add another dimension of inside-out and still be able to play to some of our other strengths, which is our speed and quickness," Spoelstra said. 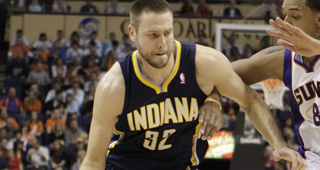 McRoberts has been nicknamed 'McRambis' by some fans with how his style of play is similar to Kurt Rambis.

McRoberts started at power forward with Pau Gasol shifting to center due to the suspension of Andrew Bynum.

Nuggets Using Version Of Dribble-Drive On Half Their Possessions