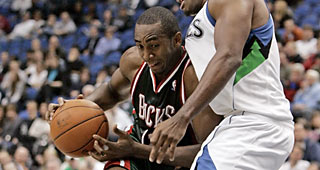 The Milwaukee Bucks have won six of their last nine games with Luc Mbah a Moute starting at the power forward position.

"He's always had his most success playing there," Scott Skiles said of Mbah a Moute at the four. "The way he's playing right now, when we've had him in the game at the three, he's been able to post up other three's. I don't think it really matters anymore, either spot."

Mbah a Moute operates best from the elbows, where he can free himself up for drives to the basket.

"He's driving the ball and drawing contact," Skiles said. "If you are going 1 for 2 (from the line), you are still getting fouled. It allows us to get into the penalty earlier and somebody else gets fouled and can make two free throws. It has kind of a ripple effect." 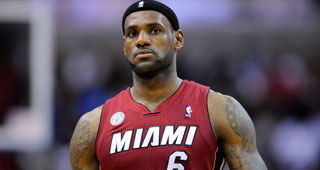 LeBron James is averaging 26.2 points, 8.4 rebounds and 7.4 assists for December.

If James can sustain those numbers over the final three games of December, he will join Larry Bird, Kareem Abdul-Jabbar and Wilt Chamberlain as the only players to post such numbers in a month in the past 45 years.

Brid was the last to accomplish the feat in March of 1987.

“We don’t take LeBron’s talent for granted,” Heat coach Erik Spoelstra said. “We never do. He gets it done on both ends. He takes a big workload for us and took over in the fourth quarter again [Wednesday] and made some big plays for us.” 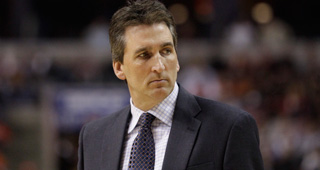 The Los Angeles Clippers have won 15 consecutive games, but Vinny Del Negro has identified multiple areas where he wants his team to improve.

"Sometimes when you win, as coaches, you still see mistakes and things that we have to get better at," Del Negro said. "If you don't improve, eventually it's going to catch up to you. So it's a never-ending process."

"We're making a number of mistakes, that's for sure, but overall I think we're playing hard," Del Negro said. "We're playing better for longer stretches, which is good." 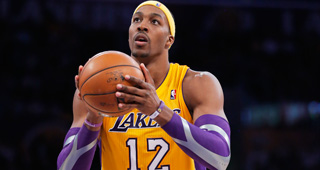 Dwight Howard is visibly not the same player he was before undergoing back surgery.

"If you dropped in from another planet and had no idea who the players were, you would never know that Dwight Howard was one of the best players," said another executive.

Howard was ejected from Wednesday's loss by the Lakers to the Nuggets.

Austin Rivers projects to rate nearly seven wins worse than a replacement-level player by a player metric developed by Kevin Pelton, which would be the worst WARP score in the 34 seasons on record. The data pool starts with 1979-80, the first NBA season with the 3-point line.

Jason Collins, Adam Morrison, Michael Curry and Desmond Mason are the five other players with the worst WARP seasons.

Rivers is making just 34.6 percent of his attempts inside the 3-point line. 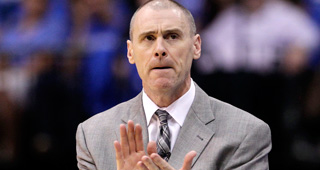 The Dallas Mavericks are four games under .500 and the 12-13 season could end up being more about player development than contending.

"Player development is a major focus of our team," Carlisle said. "In large part, we've had two second-round picks in our rotation the majority of the year. Now, they've had to be in there in a lot of cases. With Dirk [Nowitzki] back, that will change somewhat." 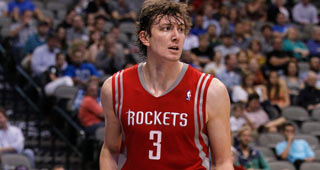 The Houston Rockets blew out the Chicago Bulls on Tuesday by a final score of 120-97.

Omer Asik had 20 points, 18 rebounds and three blocks against his former team.

“Our best offense is our defense, hands down,” said Chandler Parsons. “We’re so much more efficient on the break when we can make plays, space the floor and let James (Harden) do his thing or let me or Jeremy (Lin) push the ball. And it starts with O (Asik).” 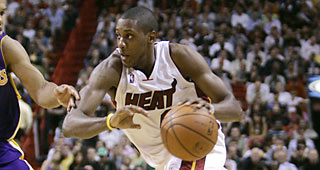 Mario Chalmers scored 20 points in the Miami Heat's 103-97 win on Christmas over the Thunder.

“No one ever doubts Rio in big games,” Erik Spoelstra said.

“You want him in your foxhole when the pressure is high.”

“We’re clearly a better team when he is at his best,” Spoelstra said. “You have to have everyone as a live offensive threat. Everyone has to have balance.” 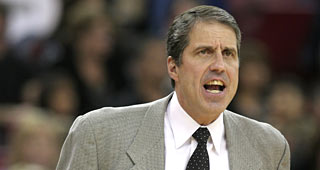 The Washington Wizards are 3-22 on the season and turmoil amongst the players is increasing.

"It's like there's a cancer in here," said one player.

There exists a lack of accountability among the players, according to sources.

"When you play with confidence, and you're together, it's different," Nene said. "You feel, you know your teammates know you, and you give your best. But right here, right now, it's the opposite. Total opposite."

The Indiana Pacers have elevated D.J. Augustin to again be George Hill's backup at point guard.

The Pacers had experimented with giving backup minutes to Ben Hansbrough.

Warriors Prefer To Remain Below Tax But Don't Have Mandate

Gasol Has More Issue With D'Antoni's System Than Playing With Howard

Daye Receiving Opportunity To Prove He Belongs In Rotation

Bulls' Offense Struggles With Hinrich Back, Teague To Bench

Bynum: Dwight Will Have To Adjust Playing With Kobe

Heat Settle In On Starting Haslem Over Battier

Howard Still Not Fully Recovered From Back Surgery