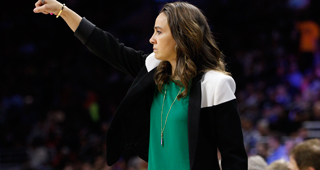 Becky Hammon became the first woman to serve as a head coach during an NBA regular-season game during the San Antonio Spurs' 121-107 loss to the Los Angeles Lakers.

The 43-year-old Hammon filled in at head coach after Gregg Popovich was ejected in the second quarter.

"Obviously, it's a big deal, it's a substantial moment. I've been a part of this organization. I got traded here in 2007, so I've been in San Antonio and part of the Spurs and sports organization with the Stars and everything for 13 years.

Popovich was complimentary of Hammon before Wednesday's game.

"When I got to know her and she was in our coaches meetings before she was hired, while she was hurt after the season, we found out about her knack for the game, her innate understanding of what wins, what loses, what has to be there to make a program. So, she's got all of the tools necessary to be a heck of a coach in our league."

While Adam Silver has sought parity for the NBA over the past decade, the league has remained far more predictable in determining a champion than its peers in other professional sports.

In the past 36 seasons, the team with the best preseason odds to win the title has gone on to win 18 times, with another eight finishing as runners-up. The Los Angeles Lakers have a 27 percent implied chance of winning the title, which may make them undervalued.

Heavy favorites have done even better, as more than half of the 24 favorites to begin a season with better than 3/1 odds have won the title and only two failed to reach the Finals.

No team outside the top eight in preseason title odds has ever won the championship. The Warriors entered the 14-15 season with eighth best odds and won the title.

The Los Angeles Clippers will use the triangle offense under Ty Lue after Kawhi Leonard expressed a desire to use the offense in a few sets this season.

Lue ran the triangle offense while with the Los Angeles Lakers early in his playing career. Leonard has long studied Michael Jordan and Kobe Bryant, who thrived in the triangle.

“We have put in two or three sets of the triangle and let Kawhi play in those spaces where Kobe and Jordan played in those spots as well,” Lue said before Sunday’s practice. “He loves those two players and he really respects and looks up to those guys. So, we just try to put him in position. I was able to play with both those guys and I also played in the triangle, so just trying to teach him that as well … teach our team as well.”

The New York Knicks new coaching staff envisions RJ Barrett as more of a small forward than shooting guard with the thought of giving him less ballhandling responsibilities early in possessions.

The Knicks hired Johnnie Bryant as an assistant coach this offseason. Bryant helped in the development of Donovan Mitchell and has already made an impact on Barrett.

“I always set goals for myself, but I’ll keep that to myself’’ Barrett said. “I’m feeling good about the season, really good. We got a hard-working group and hard-working coaches. I’m excited to see what this group will do this year.’’

Kyrie Irving says he plans on burning sage before games this upcoming season as a way to honor his Native American heritage.

Irving was filmed burning sage before the Nets game against the Celtics.

"It just comes from a lot of native tribes. Being able to sage, just cleanse the energy, make sure that we're all balanced. When we come into this job, we come into this place, it's not anything that I don't do at home that I did today.

"I saged last game, and I plan to sage almost every game if the opposing team will allow me to," said Irving.

Irving was inducted as a member of the Standing Rock Sioux Tribe in the summer of 2018.

"That gives us good energy. He does it in the locker room. That's his thing, and we all respect him. We respect his method, and he comes out here and plays extremely hard for us," added Kevin Durant of Irving.

The NBA's board of governors voted to keep the coach's challenge for the upcoming season on Thursday.

The board of governors also voted to expand the active roster from 13 to 15 players this season as a response to COVID-19. 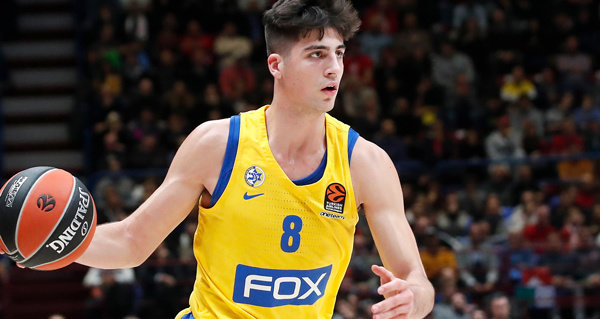 One player out of 549 tested positive for COVID-19 in the league's latest round of testing.

The results take into account tests taken since December 10th. 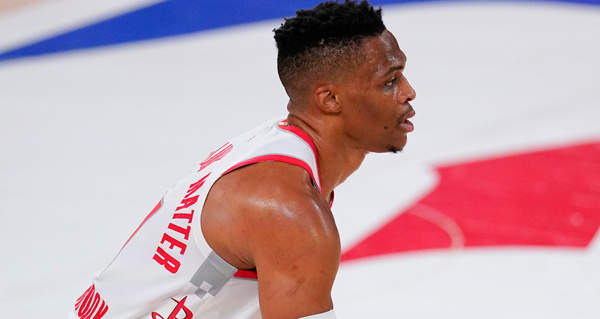 Russell Westbrook is unlikely to play in both games of a back-to-back this season, according to Scott Brooks.

"He’s not a youngster anymore even though he still has as much energy as anybody as I’ve seen," said Brooks.

Steph Curry admitted that it will take time to find chemistry with his new Golden State Warriors teammates following their opening preseason game on Saturday night.

"Honestly, I don't know because I've had a solid, consistent core. I think from Monday to now we're starting to talk about some of the patterns and some of the things that I'm used to, especially if I give up the ball.

"And knowing where open spots on the floor are. It will come. I don't know what the specific answer to the question is, but it will come. ... It's just one of those things where you have to continue to communicate," said Curry.

Steve Kerr added that the new Warriors will have to get used to Curry's unique style.

"I think with most players who come in, they're not used to the second half of the possession. They're sort of used to whatever the pattern is in the beginning. But as soon as maybe Steph gives up the ball, that's when the action really starts the way we play. And that's the tricky part for guys to figure out."

John Wall Following Preseason Debut: 'I Just Knew I Was Back'

Bam Adebayo Says He Wants To Be Remembered For 'Changing Basketball'