Tom Thibodeau praised Mitchell Robinson's athleticism and ability to attack the rim, saying that he wants to continue developing the third-year center.

Robinson is not currently at the Knicks' voluntary workouts due to personal reasons, though he did participate in individual workouts with the coaching staff earlier this summer.

"What he did last year was put a lot of pressure on the rim. He's an incredible athlete. But we don't want to put a ceiling on him. We want to continue to work on all aspects of his game and develop," said Thibodeau.

Thibodeau said that Robinson is a foundational piece for the Knicks moving forward.

"Obviously, he's a very important part of this team," he added. 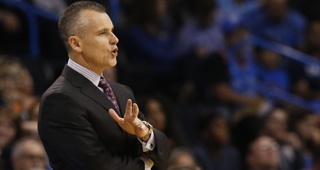 Billy Donovan said he was excited to take over the Chicago Bulls' job due to the franchise's iconic place within basketball.

"The history. The organization. What the Bulls have meant to the game of basketball and to basketball worldwide. I mean, it's an iconic franchise, and certainly to be a part of trying to help build it back up was certainly very, very appealing and exciting, said Donovan, who was introduced on Thursday.

Donovan signed a four-year deal worth over $24 million.

Donovan is unable to join the Bulls during their voluntary workouts due to protocols surrounding COVID-19.

Arturas Karnisovas said he sold Donovan on his vision for the team.

"Beside the fact of what he was saying in our meetings, his record speaks for itself. So he didn't have to prove it to us that he's capable of building a program to make it successful. I think just looking at his résumé you can say that so it was more about us selling our vision," said Karnisovas.

New Sacramento Kings GM Monte McNair said that he and Luke Walton are on the same page during his introductory press conference on Wednesday.

"Luke's going to be our coach next year. I'm really excited to work with him. I think we're aligned with our vision and we're gonna start implementing it," said McNair.

Walton went 31-41 in his first season as head coach.

McNair, who was an executive with the Rockets, said he will incorporate ideas of pace and space into his new team.

"In Houston, obviously we pushed some things to the extreme. That was partly due to our personnel there. There are some tenets that we'll apply here. We're definitely going to play fast and space the floor. There's a lot of versatility and talent on this roster. I think that'll dictate how we build the team."

Steven Nash spoke of his plans to use Kevin Durant's positional versatility on JJ Reddick's The Old Man and the Three podcast (h/t Coby Green of SNY).

Nash has previously worked with Durant as a consultant for the Warriors.

Nash also plans to use Kyrie Irving off the ball, adding that he looks forward to getting to know the point guard.

“Ky is a weapon off the ball. ... He’s one of my favorite players. He’s kind of a savant with the basketball," said Nash.

Irving averaged 27.4 points and 6.4 assists in his first season with the Nets.

LeBron James spoke of his frustration after receiving just 16 out of 101 first-place votes for MVP following the Los Angeles Lakers' game 1 win over the Denver Nuggets.

"You know, not saying that the winner wasn't deserving of the MVP. But that pissed me off. And I finished second a lot in my career, either from a championship, and now four times as an MVP," said James.

James, who has the MVP four times in his career, has also finished second in voting four times.

"I don't know how much we are really watching the game," added James.

James said he was also confused by his second place finish for Defensive Player of the Year during the 2012-13 season.

"I had a chance to be Defensive Player of the Year and also MVP in the same season. And that year Gasol was Defensive Player of the Year, but he made second-team All-Defense, OK. So that doesn't make sense. It's like being MVP of the league but you make second-team All-NBA. That's when I really started to look at things kind of like differently. I was like, how does that even make any sense?" 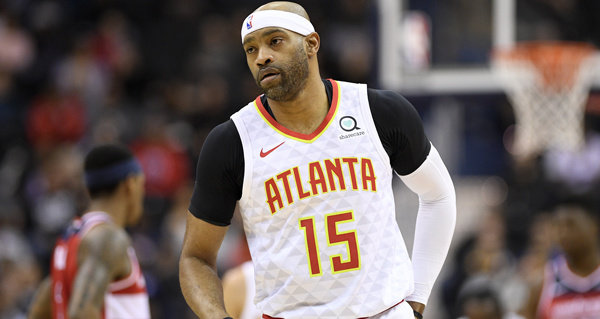 Vince Carter will be an NBA and college basketball analyst for ESPN after signing a multiyear contract with the network.

The 43-year-old Carter retired from the NBA in June after 22 seasons in the league.

Carter has previously appeared on ESPN as a guest analyst prior to his retirement.

The Detroit Pistons have started Phase 1 of their workouts featuring 15 players, including 5 G League players.

Blake Griffin and Derrick Rose are not in attendance, though Dwane Casey added that both players are working out in other locations.

"All of our young guys are here. Derrick Rose and Blake are not here, which is totally understandable. Both are working out, and it's nothing physical. They're both 100 percent," said Casey.

Christian Wood and Langston Galloway are also not participating due to their free agency status.

"We're not reading anything into that either way. So it's just something I totally get because if I'm a free agent, I wouldn't attend anyway to the team you're not under contract with," said Casey of Wood and Galloway.

Phase 2 of the voluntary workouts will begin next week through October 6th for the eight NBA teams that didn't participate in the bubble.

Kevin Durant recently praised Caris LeVert, saying that the 26-year-old wing player could compliment himself and Kyrie Irving as the third star of the Brooklyn Nets.

“I think Caris is that perfect guy for us to, any given night he can lead us in scoring or lead us in assists or he can control the offense or we can go to him in the post in a matchup.

"I feel like he has the tools to do everything on the basketball court. On our team, we play unselfishly, and we’ve got guys that can play off the basketball so on any given night anybody can be the star," said Durant on The Old Man and the Three podcast (h/t Ian Begley of SNY).

Durant added that LeVert could “for sure” be the team's third star. 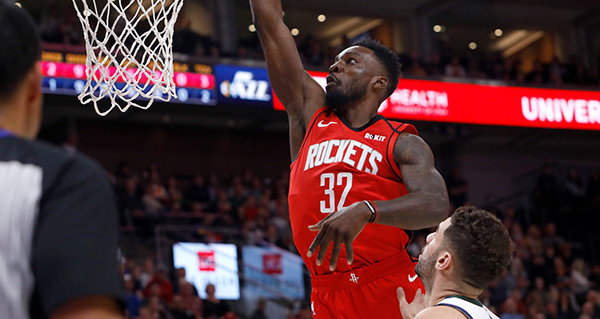 Jeff Green is ready to continue his career next season, according to Marc J. Spears of The Undefeated.

The 34-year-old averaged 12.2 points after signing with the Rockets midway through the season.

Tyson Chandler also told Spears that he was open to continuing his career, but it will be determined by the opportunity and the state of the world.

The 37-year-old Chandler averaged 1.3 points in 26 games this season.

Frank Vogel said that the Los Angeles Lakers' defense can be the team's third star following their 110-100 win over the Houston Rockets in game 4.

The Lakers are now up 3-1 in the series.

"That's as powerful a weapon there is in one of these playoff runs. It's as powerful as a superstar. If you have an elite defense, that can be your third star, so to speak," said Vogel after the game.

The Lakers held the Rockets to 43.4% shooting, including limiting James Harden to 2-for-11 shooting from the field.

'We're just trying to eliminate anything that we can from him, because he can score from [anywhere]. He gets into the paint with his runners, with his floaters. Obviously, he's got the step-back. He's got the 3s in transition. He has his catch-and-shoot 3s when he's off the ball. And like I said, he's very tricky with his moves in the paint, where he gets to the free throw line. So we're just trying to take away some things," said LeBron James about the Lakers' gameplan for Harden.

The Lakers trapped Harden 17 times on pick-and-rolls on Thursday, up from 13 total times through the first three games.