The Golden State Warriors and James Wiseman had an up and down first season together. Wiseman missed training camp due to COVID-19 and then was placed in the starting lineup on opening night only to have his minutes fluctuate wildly before he was eventually lost to the season with a torn meniscus.

"I have no doubt James is going to make a huge impact in this league," Steve Kerr said prior to the Warriors' game against the Utah Jazz at Chase Center. "He's gonna be a helluva player, but it takes time and you can't rush that process, unfortunately. It just has to happen on its own time, so he'll get there, but we'll just have to keep working with him. The good thing is he's a great student, and he's a hard worker and got a great approach. I have great belief in James."

Westbrook finished the game with 28 points, 21 assists, and 13 rebounds.

"It's just a blessing. You put so much into the game, so much time, you sacrifice so much, to be able to just be mentioned with guys like Oscar, Magic and Jason Kidd, those guys, is something I never dreamed about as a young kid growing up in LA. Truly grateful for moments like this," said Westbrook after the game.

Westbrook added that he didn't know how far he could stretch his record.

"I guess we will see in another 50 years or so. I don't know. Through the good, the bad and the ugly, I always stay true to myself," Westbrook added about his mentality. "I will never change because I have been blessed to be able to play this game at a level that nobody else can play at. And I won't stop until I can't play no more."

An ex-player agent, Miller has negotiated over $2 billion in deals, and currently represents Chauncey Billups and Nick Nurse. 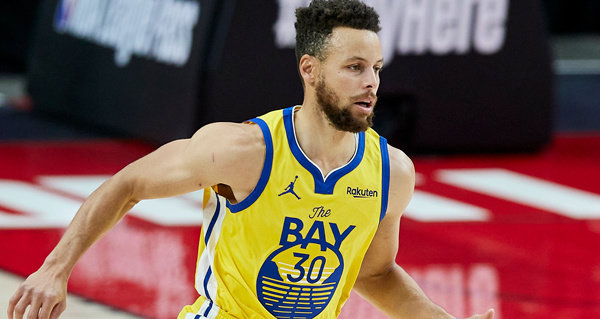 Curry added that he was aware that Bradley Beal had scored 50 points earlier that night. Curry is averaging a league-high 31.9 points per game on the season, with Beal in second-place at 31.1 points.

"Of course, I did. I know what he's doing. He's obviously been playing at a high level, but anytime somebody gets 50, you hear about it," said Curry about the race for the scoring title with Beal.

The Warriors made a franchise-record 27 3s in the game, with Curry adding 11 3s.

Steve Kerr said that he was sure Curry would break Klay Thompson's league record of 14 3s in a game "soon."

"I'm sure he'll get it. It's just a matter of time the way he shoots the ball and the way the game has evolved. We shot 54 3s tonight, and I didn't bat an eye. When I got here seven years ago, I could not have imagined our team taking 54 3s, but everything's different now. And in an era where the 3-point shot is king, Steph is the best one of them all, so he'll probably break that record some time soon."

Danny Green was critical of the Philadelphia 76ers even despite their 109-107 win over the New Orleans Pelicans on Friday night.

“Not our type of basketball. We’re getting wins, but I don’t like the way we’ve been getting them. We’ve got to be more locked in. ... if we’re going to play like the No. 1 team in the East or a championship contender, a team that wants to be the last team standing with the potential we can play, we need to do a lot better.

"I think when guys see these teams, they feel like, ‘All right, we only need to play offense.’ … Like I said, we’re just not playing the right way, offensively or defensively," said Green after the game.

The Sixers are currently on a seven game win streak and are the top seed in the Eastern Conference.

Doc Rivers said he wasn't concerned about the team's performance, even with some ups and downs.

“I’m not worried about it. I go all (67) games; they’ve been pretty good overall. We went through stretches this year, if you remember, where the starters weren’t playing well. It’s just ebbs and flows of a long season. I’ve learned long ago, if you overreact, you get yourself in trouble. So I’m not that concerned at all.” 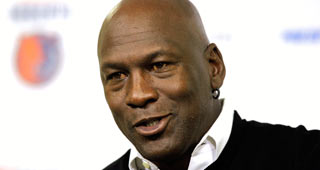 It is the only known Jordan game-worn jersey from his college career.

The jersey was photo-matched to the 1982-83 season, when Jordan won the NCAA player of the year award from Sporting News.

Anthony Davis had 36 points, 12 rebounds, and five assists in the Los Angles Lakers 106-101 loss to the Portland Trail Blazers on Friday night.

Vogel said it was Davis' best performance since returning from injury nine games ago.

"This is his best game since his return, for sure. He's getting a little bit stronger each game. It's a very encouraging sign," said Vogel after the game.

The loss dropped the Lakers to the seventh seed in the Western Conference standings, a full game behind the Blazers. Both teams have five games remaining on the schedule.

The team have also lost eight out of their last ten games.

Vogel had said on Friday that he was "unafraid of the play-in tournament with this team."

The combined win percentage of the Lakers' last five opponents is .485, with the Blazers' opponents winning at .566.

Both Marv Albert and Chris Webber may not return to TNT's NBA broadcast team next season, sources told Andrew Marchand of the New York Post.

The 79-year-old Albert is currently in the final year of his five-year deal. Albert has hinted at retiring in the past, though no official decision has been reached.

The feeling that Webber may not return next season has been "building for awhile," according to Marchand.

Webber informed network executives that he would not do the NCAA Tournament "very late," which was considered poor form.

If Albert does retire, TNT currently has Ian Eagle, Kevin Harlan, and Brian Anderson as play-by-play replacements. Anderson reportedly had the inside track to replace Albert, though the role is considered wide open.

Kevin Durant and Steve Nash addressed the Brooklyn Nets lack of continuity following their 124-118 loss to the Milwaukee Bucks.

Durant, Kyrie Irving, and James Harden have only played seven games together this season. The Nets are 7-8 when Durant and Irving play without Harden.

"That is a huge factor. Continuity is a big thing in this league," said Durant after the game.

Nash agreed with Durant's assessment, saying the team must make up that gap in experience.

"We've got a gap to make up here. We understand that's a team that's been running the same offense, been playing together, same schemes on defense for years now. Gone deep into the playoffs, and that's something we don't have, so how can we make up that gap?" said Nash.

The Nets are currently 1.5 out of first place in the Eastern Conference.

Durant added that the Nets will have to rely upon their veteran leadership down the stretch.

"We got veterans on this team that played in different situations that know pretty much every terminology that goes on in this league and every kind of set that we run on both sides. That's in our advantage as well, having that veteran leadership but we still are a connected group."

Curry has scored 40 points or more in nine games this season.

"Teams are terrified of him -- and everywhere he runs on the floor -- with or without the ball, teams are terrified. That type of gravity, he pulls a lot of weight ... I wouldn't want to see a team with Steph Curry on it. We all know what he's capable of," said Draymond Green of Curry.

Curry, who averaged 37.3 points in April, said this current run is the high point of his career.

"I haven't done anything like this stretch in my career, but the work that goes into it -- there's no surprise there, so it's just a matter of staying in the moment, enjoying what I get to do. Having the utmost confidence in what I can do out on the floor.

"And just enjoying the challenge because I know I got to play well for us to be who we want to be this year, and defenses are going to throw everything at me, and I got to be able to work with everybody out there on the floor to create shots and create offense and I'm enjoying it," said Curry.

The Warriors moved a half-game ahead of the Grizzlies for the eighth seed in the Western Conference following the win.

Jayson Tatum After 60-Point Game: 'It Was A Special Night'