While an MRI showed no structural or ligament damage to the left knee of Giannis Antetokounmpo, a timetable for his return is unclear.

Antetokounmpo is doubtful for Game 5 with the Eastern Conference Finals tied at 2-2. Antetokounmpo hyperextended his left knee in the third quarter of Game 4.

Antetokounmpo immediately fell to the floor and stayed down on the ground for several minutes.

Antetokounmpo is averaging 28.2 points, 12.7 rebounds and 5.2 assists in 15 games during the playoffs this season.

Clint Capela will be re-evaluated on Wednesday after taking an elbow to the eye late in Game 4.

Sources told Tim Bontemps of ESPN that the team is optimistic that Capela has avoided a significant injury, and will be available for Game 5.

Nate McMillan added that he has no updates on Trae Young's status, but that Young will probably be a game-time decision on Thursday.

Giannis Antetokounmpo hyperextended his left knee during the third quarter of the Milwaukee Bucks' Game 4 loss to the Atlanta Hawks.

Antetokounmpo was on the floor for several minutes in obvious pain when he landed awkwardly with his knee buckling.

Antetokounmpo was helped to his feet by his brother and teammate, Thanasis.

Antetokounmpo will undergo further imaging of the knee on Wednesday. 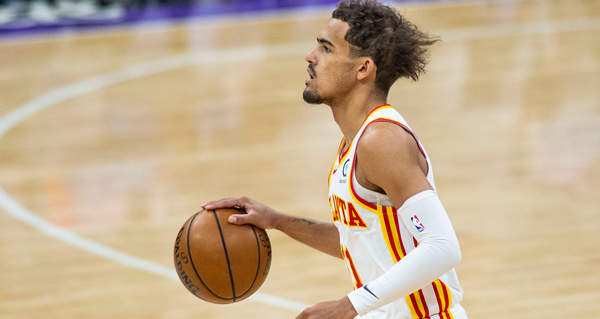 Trae Young is out for Game 4 of the Eastern Conference Finals with a deep bone bruise in his left foot. With 36 seconds remaining in the third quarter of Game 3 on Sunday, Young inadvertently stepped on the right foot of referee Sean Wright.

While Young tried to ready himself for the game, a severe lack of mobility and significant degree of pain made it impossible. Young will continue to rehab in hopes of playing in Game 5.

Kawhi Leonard has been officially ruled out for Game 5 due to a right knee sprain.

Chris Haynes of Yahoo! Sports reported earlier that Leonard was unlikely to fly to Phoenix because the "elevation wouldn't be good for his knee."

Game 5 takes place on Monday night, with the Suns ahead 3-1 in the series. 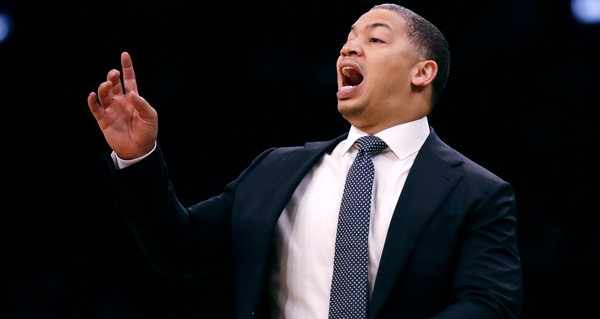 Ty Lue remained optimistic over the Los Angeles Clippers playoff hopes despite being down 3-1 to the Phoenix Suns.

"We beat Utah and won four games in a row. So it's very doable," said Lue following his team's Game 4 loss.

The Clippers are the only team in NBA history to come back down 2-0 in the opening two rounds of the playoffs.

In the conference finals, teams that have a 3-1 lead have gone on to win the best-of-seven series 93% of the time.

Paul George added that he doesn't want Kawhi Leonard, who has missed the last six games due to a knee injury, to play unless he's fully healthy. Leonard is "highly unlikely" to play in Game 5.

"If he's not 100, we don't want him out there. I mean, that's just as a brother, as a teammate. His health long term is more important than what's going on now. I can't speak on the extent of his injury or, you know, what he [can] and cannot give us. Like I've been saying, his health is just more important than anything else."

Chris Paul, who finished with 18 points and seven assists, wasn't ready to look ahead at the NBA Finals.

"I love CP, man. That's really the only teammate that really pushed me. Like big-bro-type push. I think he was the best thing that happened to my career. I can say that every day," said Ayton.

Monty Williams also kept his perspective in the series, saying that the Suns will need to improve to beat a desperate Clippers team in Game 5.

"Yes, we are one win away from where we want to go, but we got to look at the film, prepare even better and, step by step, pound the rock over the next couple of days so that we can be better when we play this team again, because we know we're going to see a desperate team."

Kawhi Leonard is "highly unlikely" to fly with his Los Angeles Clippers teammates to Phoenix for Game 5 on Monday, sources told Chris Haynes of Yahoo! Sports.

"The elevation wouldn't be good for his knee," said Haynes.

Haynes added that "there is still no definitive word" on Leonard's status.

Leonard hasn't played since Game 4 of the Western Conference semifinals. 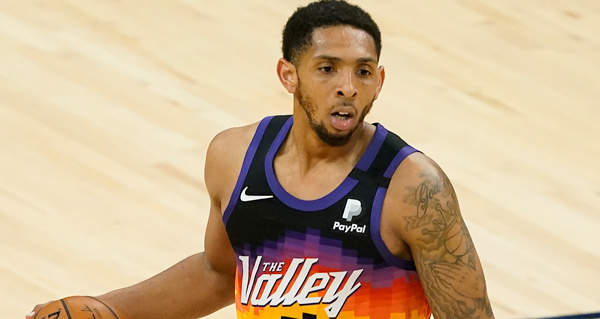 Payne finished with a career-high 29 points and 9 assists in Game 2.

Trae Young took the blame for the Hawks loss after turning the ball over nine times.

"That's all on me," Young said. "I've got to be better at taking care of the ball. And do a better job of at least getting us a shot and not turning it over so much. And I've got to do better and I will be better next game."

Young finished with 16 points on 6-of-16 shooting, while adding three assists.

He also only drew one foul in Game 2, the fewest he's drawn in any game this season.

Jrue Holiday guarded Young on 29 out of 47 plays in the first half, with Young having six turnovers on those possessions.

Young added that he didn't see a change in the Bucks' defensive scheme, saying he just needed to take better care of the ball.

"They didn't really change up too much of their defensive scheme. They were more in on the rollers so the perimeter was more open, and I've just got to make better reads. I take complete responsibility for whatever happened tonight. Taking care of the ball is something I've got to be better at, and I will be better at it."

Abdel Nader To Be Available For Game 4

Kawhi Leonard Out For Game 4

L2M Report: Giannis Antetokounmpo Should Have Been Called For 10-Second Violation Late In Game 1

Kawhi Leonard Ruled Out For Game 3

Chris Paul Expected To Be Cleared To Play In Game 3

Viewership Share For 2021 Playoffs At All-Time High For NBA

Suns Optimistic Chris Paul Will Be Cleared For Game 3

Kawhi Leonard Ruled Out For Game 2

Trae Young After Game 7 Win: 'We Still Got Some Games Left'

Giannis Antetokounmpo Following Game 7 Win: 'We Are Built For This'