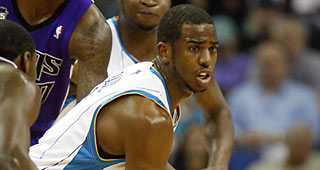 Canucks Sports and Entertainment chairman Francesco Aquilini has been looking for five years a franchise that can be purchased and moved to Vancouver.

Sources say Aquilini is looking into the Hornets, who are currently owned by the NBA.

During an interview this week, commissioner David Stern said Vancouver is one of several markets interested in a relocated NBA franchise.

“I have regrets about both Seattle and Vancouver,” Stern said.

The Grizzlies left Vancouver in 2001 after just six seasons.

Aquilini’s interest in an NBA team dates to 2005.