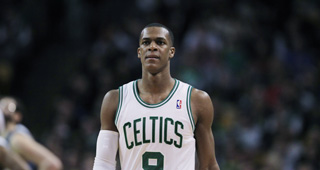 The NBA wanted Rajon Rondo in this weekend's Skills Challenge in Los Angeles, but the point guard turned down the invitation.

"Maybe when I don't make the game," Rondo said when asked if he would ever consider participating in the event. "I wouldn't do both."

Rondo cited the amount of preparation involved, especially with the event on national television, as one reason why he declined.

When asked specifically if he had been invited by the league, he hestiated before relenting: "Yeah, they did."

Rondo will be making his second-straight All-Star appearance on Sunday night.