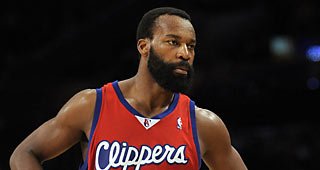 The Cavaliers and Clippers have agreed upon a trade of Mo Williams and Jamario Moon for Baron Davis and a first round pick in 2011 (reportedly unprotected), according to sources that spoke with Marc J. Spears of Yahoo! Sports.

Williams is signed through the 12-13 season, though he has an early termination option for 11-12 and player option for 12-13, neither of which he's likely to utilize.

Davis is signed at a higher annual rate, but his salary for 12-13 is a partial/non-guaranteed season.

Davis signed a five-year, $65 million contract with the Clippers in the summer of 2008 in what was originally intended to be a chance for him to unite with Elton Brand.

Davis was largely ineffective in his first two seasons on a Clippers' team that had been depleted, but he came into the current season in better shape and energized by the emergence of Blake Griffin.

The Akron Beacon-Journal reports that the Cavaliers will not use their traded player exception from the LeBron James sign-and-trade to complete this deal. Sending Moon along with Williams for the contract of Davis works for Cleveland in terms of matching salaries.