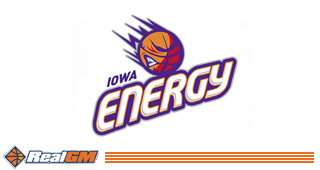 Iowa Energy head coach Nick Nurse today was named the winner of the Dennis Johnson Coach of the Year award, as voted by his fellow NBA Development League head coaches.

“Nick’s passion and dedication played a huge role in making the Iowa Energy the NBA D-League’s best team this regular season,” said Chris Alpert, Vice President of Basketball Operations and Player Personnel for the NBA D-League. “Not only did Iowa flourish as a team this year under Nick’s guidance, but the Energy also produced two players who ended the season on NBA rosters and the NBA D-League’s Most Valuable Player. Nick’s expertise and commitment to excellence have been invaluable to Iowa, and I congratulate him on this honor.”

In his fourth season with Iowa, Nurse guided the Energy to a league-best 37-13 record through the regular season, earning the top seed in the NBA D-League Playoffs, as well as an Eastern Conference title.