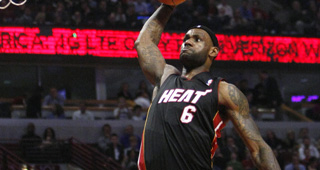 Scottie Pippen suggested, on ESPN Radio’s Mike And Mike In the Morning, that LeBron James, and not his former teammate, Michael Jordan, could end up being the greatest all-around player the league has ever seen.

“Not only can he score at will, but he keeps everybody involved. You have to be on your Ps and Qs because everybody is a threat to score when he’s on the floor. Not only that, LeBron James will dominate the game on the offensive end and he’s able to do it on the defensive end as well. He can get in those passing lanes and dominate the game.”