Valanciunas' Buyout To Be Raised To At Least $3M 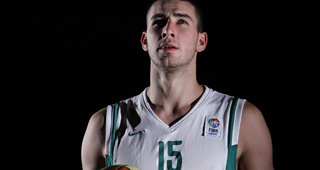 The buyout in the contract of Jonas Valanciunas with Lietuvos Rytas will be raised to at least $3 million USD, sources confirmed to RealGM.

Valanciunas has widely been projected to become a top-five pick in the 2011 NBA Draft, but a more financially difficult buyout would surely impact his draft status.

During the 2010-11 Euroleague season, Valanciunas averaged 7.7 points and 5.8 rebounds in just over 15 minutes per game.