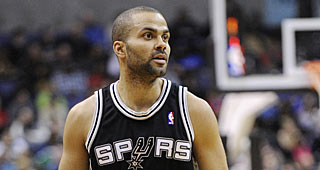 Responding to an internet report about discussions the Spurs have had regarding potential trades, Spurs general manager R.C. Buford on Wednesday denied that the club actively is seeking a trade that would involve All-Star point guard Tony Parker.

“We’re not shopping anyone,” Buford said, via text message. “We’ve received calls on a lot of our guys and we’ve answered the phone.”

Yahoo Sports’ Adrian Wojnarowski reported that the Spurs had been “in discussions” with the Raptors and Kings for a deal involving Parker.