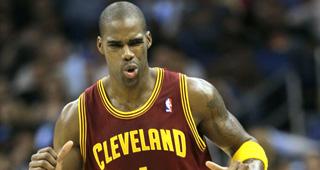 One of the few NBA players with a first-hand recollection of the 1999 lockout, Cleveland Cavaliers forward Antawn Jamison said the player's are much more prepared this time around.

"It's totally different from what it was when I first got into the league," Jamison said. "You had guys saying one thing, you had other guys going behind their backs and saying another thing, and the owners knew then that eventually they would buckle and we could get this deal going."