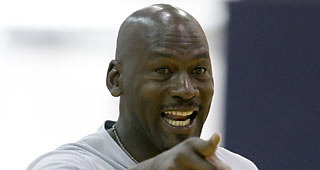 A group of between 10 and 14 owners, led by Michael Jordan, is promising to oppose any deal that gives players more than 50 percent of revenue.

This group of owners wants the players' share of BRI not to exceed 47 percent and was upset when the NBA proposed a 50-50 split.

A majority of owners are believed to support a 50-50 deal.

“There’s no one who’s interested in going above 50 percent,” said the person who has spoken with the owners.