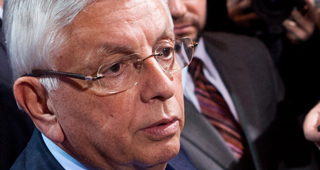 Two people who have been briefed on the NBA's strategy said there remains "optimism" that a deal with the players can be struck in time to start the season no later than Christmas. And the league and players may already have started the process of returning to negotiations.

The NBA is said to be disinterested in starting the 2011-12 season after Christmas. Since it will take 30 days from an agreement in principle before the first regular season game can be played, formal discussions between the two sides would need to be recommenced soon.

"I don't know that there's an appetite for a 50-game season," said a person familiar with the league's thinking.

One source said that there have been back-channel communications between the two sides since the union's disclaimer of interest, but a top member of the players' legal team said that no attorney representing the NBA has yet to reach out.

Adam Silver did not return a call seeking comment.