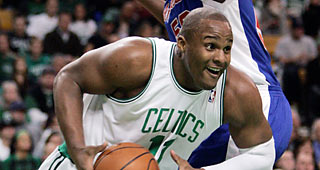 On the first day NBA teams could contact players directly, Danny Ainge made clear his desire to keep his own house in order.

With a clear and critical need to bring in new talent, one of the first calls the Celtics president made was to one of his own free agents, Glen Davis.

“It’s my understanding that Danny called Glen early this morning and expressed his desire to have Glen back,” said John Hamilton, Davis’ representative.

Hamilton wouldn’t say much beyond that, but the sides have been talking for several days about what it will take to retain Big Baby.