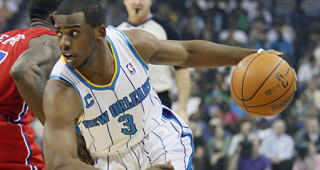 The Hornets, Lakers and Rockets have delivered a restructured Chris Paul to the NBA for their approval, according to sources.

The Lakers would send Lamar Odom to the Hornets and Pau Gasol to the Rockets, while they are also pursuing a first round pick to send to the Hornets.