Forbes Officially With Raptors After Nuggets Decline To Match 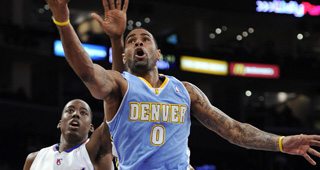 Gary Forbes is now a member of the Raptors.

After signing Forbes to an offer sheet, the Nuggets declined to match.

Forbes had a breakout season with Denver in 10-11 and received an endorsement from former and now current teammate Anthony Carter.

“He’d bring a lot of toughness, he can score, he can defend, he’s got a post presence,” Carter said.

“He’s never down, he comes in early and leaves late. It’s always good to have guys like that and I just hope Denver doesn’t match.