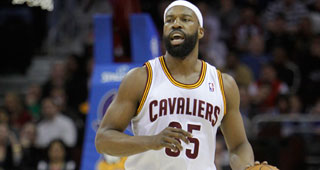 Davis was waived by the Cavaliers last week under the league's amnesty provision.

Howard Beck of the New York Times reports that Davis signed for the veteran's minimum which means the Knicks still have their 'room exception' of $2.5 million to spend. The team is looking to bolster its frontcourt depth.