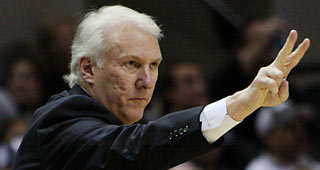 “He only played two years in college so you figure he’s got a lot to learn, but he does that pretty darn quickly.”

Leonard was the first player off the Spurs bench Wednesday night against the Clippers, replacing Richard Jefferson barely 5 minutes into the game.