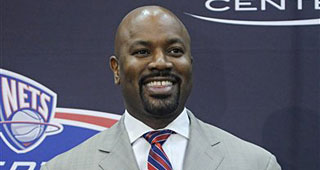 Horner, a 6-9 rookie from N.C. State, signed with the Nets prior to training camp on December 9, 2011 from the Nets D-League affiliate, the Springfield Armor. He appeared in five games with New Jersey, scoring a total of four points in 16 minutes of action.