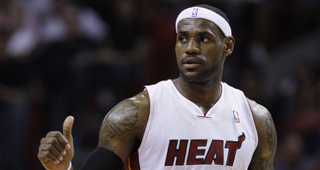 The LeBron James Skills Academy no longer will be staged at the University of Akron. Instead, it will be conducted in Las Vegas so James can participate while training with the United States Olympic team.

In past years, James’ camp has featured such players as Anthony Davis, John Wall, John Henson and DeMar DeRozan. It has been conducted in Akron since its founding in '07, after Nike decided to withdraw from its All-American Camp and restructure the event to feature more skill development work.

The change of venue was announced Tuesday as Nike presented its 2012 calendar of non-scholastic basketball events.