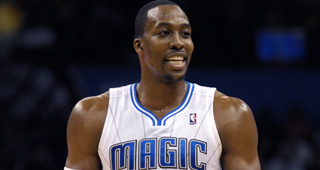 The Magic continue to tell teams that call about the availability of Dwight Howard that they do not intend to trade him.

But sources say the Magic seek a trade similar to the one the Nuggets received for Carmelo Anthony if they change direction.

While the Nets, Mavericks and Lakers would be considered in trade, sources say the best trade offer would receive Howard.

The Magic would seek multiple talented young players and draft picks. The team wouldn't want to blow up a contender and see the Nuggets as a model for a middle ground.

Representatives from the Nets, Lakers and Mavericks say the Magic have yet to decide which path to pursue.