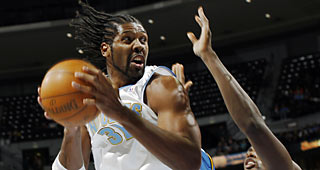 The Kings reportedly declined a trade offer from the Nuggets of Nene for DeMarcus Cousins, according to a source.

Denver traded Nene on Thursday to Washington in a three-team deal.

The pursuit of a trade by the Nuggets came more than a month ago, shortly following Nene's $67 million extension.