Spain Could Tank To Avoid Semifinal Matchup Against Team USA 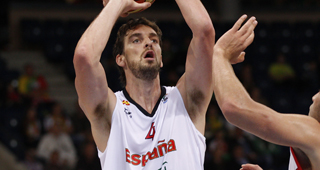 Spain could intentionally lose its final game of Olympic pool play in order to avoid a semifinal matchup against Team USA.

A win over Brazil would give Spain a second place finish in Group B and a spot in the upper bracket, along with the United States.

If the Spanish were to lose to Brazil, then they would finish in the lower half of the bracket and would not have to face the Americans until the final.

Sergio Scariolo could conceivably rest Juan Carlos Navarro and Marc Gasol, both of whom have been bothered by injuries.