Malcolm Thomas To Work Out For Heat 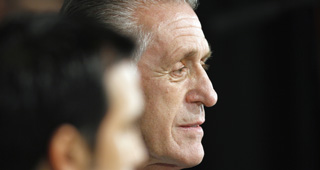 Malcolm Thomas is headed to Miami to work out for the Heat on Tuesday and Wednesday, a league source told RealGM Monday.

Thomas remains a free agent and is searching for a guaranteed contract.

In their search for an athletic big man to round out the roster, the Heat have become intrigued enough with the 6-foot-9 Thomas to bring him in to train in front of management and the coaching staff.

In addition to his workouts with Miami, Thomas is weighing a couple NBA options and potential high-level EuroLeague situations, a source said. His two-day workout for the New York Knicks a couple weeks ago went well, but the Knicks are undecided as to how they want to fill out their roster.

Thomas’ presence on the open market surprises many across the NBA. Filled with athleticism and a high motor, Thomas is the only member of the 2012 Vegas Summer League All-Star team who is unsigned up to this point.