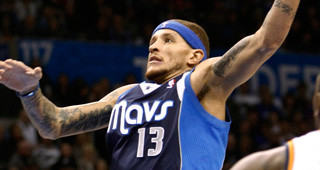 The Los Angeles Lakers elected to pass on signing Delonte West due to concerns about how his presence would possibly further destabilize an already complicated situation, according to sources.

West was strongly considered during the Lakers' 1-6 start to December, but ultimately decided the safer option was to wait for Steve Nash to return.

Sources say the Lakers could still bring in another point guard.