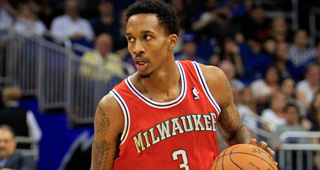 The Milwaukee Bucks have decided to make Brandon Jennings nearly untouchable in trade talks, according to sources.

The Bucks already had Larry Sanders and John Henson on that list.

Jennings is widely expected to leave the Bucks in the offseason, but the team remains confident in keeping him as a restricted free agent.

The Bucks and Jennings were unable to agree upon an extension before the season.