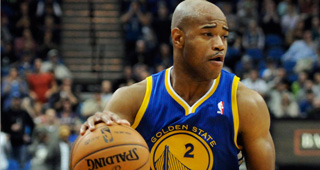 Jarrett Jack shut down contract extension talks with the Golden State Warriors back in January.

Jack will become an unrestricted free agent at the end of this season.

Playing in the final year of his contract, Jack averaged 12.9 points and 5.6 assists and finished third in the Sixth Man of the Year voting.