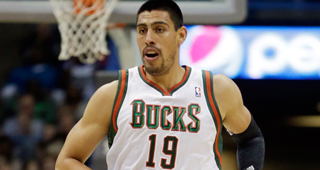 Ayon was released by the Milwaukee Bucks on Thursday with their glut in the frontcourt, but the 6-foot-10 big man received heavy interest due to his inside presence and reasonable contract worth $1.5 million next season.

Ayon is expected to get a fair trail to earn a spot in a Hawks rotation that has lacked a young, developing center alongside Al Horford.

Ayon, 28, has averaged 4.8 points and 4.3 rebounds in two NBA seasons. The Hawks will be his fourth team.