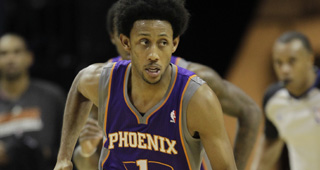 Childress has focused his career on the NBA, and he rejected a lucrative offer from European League powerhouse Olympiacos this offseason for an opportunity to stay in the league, a source said.

At 6-foot-8, Childress established himself as an active defender and slasher in four years with the Atlanta Hawks, but he averaged just one point in 14 games for the Brooklyn Nets last season. The Philadelphia 76ers and Sacramento Kings are known as firm suitors for wing free agents.

Childress, 30, has averaged 9.2 points and 4.8 rebounds over seven NBA seasons.