Rivers: Pierce Trade 'May Give Him More Life' 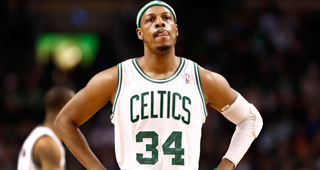 Doc Rivers admitted it will be tough for Paul Pierce to transition from being with the Boston Celtics to playing for the Brooklyn Nets, but he believes the move could rejuvenate the veteran.

"I think in some ways, it may give him more life," Rivers said. "But I just think it's tough for him personally. Like he said in the press conference, he wanted to stay and wasn't allowed to, and that's tough for him."

Pierce was dealt to the Nets in July, along with Kevin Garnett.