James Johnson Will Work Out For Spurs, Hawks, Jazz 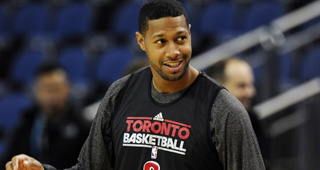 Ever since Johnson was drafted 16th in the 2009 NBA draft, teams have envisioned him as an athletic forward at 6-foot-9, but he’s yet to put together a breakout season in four years.

Johnson’s ability to perform in workout settings could have one team intrigued enough to give him an opportunity, though.

Johnson played a complete season with the Chicago Bulls in 2009-10, but he was traded to the Toronto Raptors the next year and averaged 9.1 points and 4.7 rebounds in 2011-12. Johnson, 26, spent last season as mostly a reserve for the Sacramento Kings.