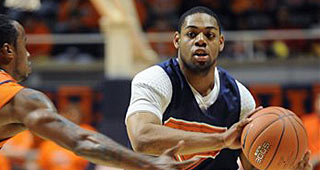 Demetri McCamey has signed a one-year contract – without an NBA opt-out clause – with Cairns Taipans of the Australian National Basketball League, a source told RealGM.

McCamey had been in discussions with a few NBA teams about a possible training camp invite, but the 6-foot-3 guard decided to take a guaranteed deal in the same league into which James Ennis signed. McCamey was impressive in the Las Vegas summer league, averaging 8.6 points and two rebounds for the Minnesota Timberwolves.

McCamey, 24, had a standout college career at the University of Illinois, going unselected in the 2011 NBA draft. He’s expected to receive heavy minutes at point guard with his new team in Australia.