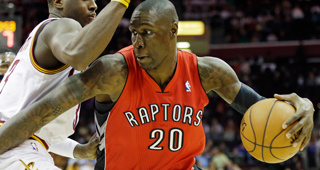 For Pietrus, there’s no desire to play outside the NBA, and his representatives have repeatedly gauged interest within the league. Two NBA teams are maintaining steady inquiries on Pietrus, a source said, and the 31-year-old has been working out in Orlando.

Regarded as a defensive, floor-spacing wing, Pietrus received limited minutes with the Raptors a year ago.