Carmelo: Woodson's Status 'Out Of My Hands' 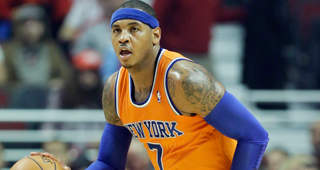 With the New York Knicks unable to gain any momentum on turning around their season, Carmelo Anthony said that any changes such as a trade or firing Mike Woodson are not his decision.

J.R. Smith had a similar sentiment.

“I love Coach Woodson,” Smith said. “I think he’s done a great job. But it’s out of my hands. So I would hope not (if management opts to make a change), but if it does then we have to live with it.”