Shavlik Randolph Signs With Suns For Remainder Of Season 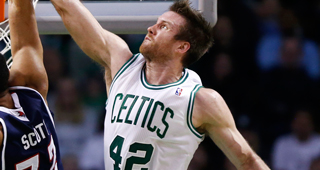 Free agent center Shavlik Randolph has signed with the Phoenix Suns for the rest of the season, with a team option for 2014-15, his agent, Joel Bell, told RealGM.

Randolph had been with Foshan of the Chinese Basketball Association this season, averaging 22.3 points and 12.3 rebounds.

Undrafted in 2005, Randolph bounced around in the NBA and overseas after spending his first three seasons with the Philadelphia 76ers. He has also played for the Portland Trail Blazers, Miami Heat and Boston Celtics. He was a productive reserve for the Celtics a season ago, scoring 4.2 points and grabbing 4.4 rebounds a night in 16 games.