Ricky Rubio Could Seek Extension Offer Of $10M Per Year 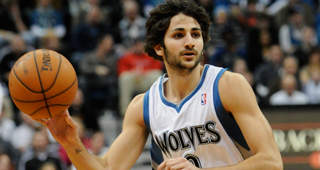 There is a sense that Ricky Rubio's agent could "demand" a contract extension of at least $10 million per year with the Minnesota Timberwolves, according to a report.

Rubio is represented by Dan Fegan.

Rubio has not shown to be deserving of an eight-figure salary, averaging 9.0 points and 8.6 assists while shooting 37.4 percent from the field this season.

Rubio is in his third NBA season.