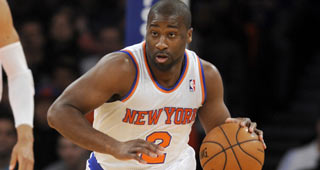 The New York Knicks plan to trade Raymond Felton this offseason, according to a source.

“Raymond has been told he will be moved this offseason,” the source said.

Felton had a difficult season for the Knicks both on and off the court.

The Knicks have Pablo Prigioni under contract for two more seasons, but surely need more depth at the position.