Sterling Estimated Value Of Clippers At Under $300M In 2009 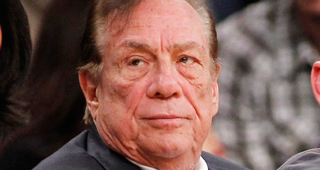 Donald Sterling himself put the value of the Los Angeles Clippers at under $300 million during a 2009 deposition in a Justice Department federal housing discrimination lawsuit.

Sterling, answering questions about a balance sheet for the Sterling Family Trust, through which he and Shelly co-own the Clippers franchise, said he thought that figure might even be too high.

"It was an estimate," he testified. "I don't know if the Clippers are worth $300 million. I think less. All the teams are for sale, and they're borrowing money now. And people aren't buying the tickets."

Sterling's controversial statements may have even increased the purchase price of the Clippers to the $2 billion figure paid by Steve Ballmer.

"If Donald Sterling had put this team up for sale six months ago, before he ran his mouth, this team would have gotten $700 [million] to $750 [million]," said John Moag, chief executive of Moag & Co. "This team has gotten a lot of attention, and literally overnight it changed this team's brand."