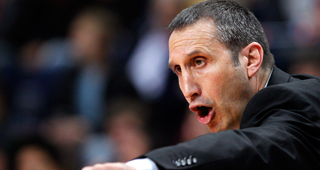 The Cleveland Cavaliers and David Blatt have agreed upon a contract for him to become their next head coach.

The Cavaliers also had Tyronn Lue as one of their final candidates.

Blatt comes to the NBA from Maccabi Tel Aviv and also considered taking a job with the Golden State Warriors as assistant coach.

Blatt's four-year deal could be worth as much as $20 million. The fourth-year is an option belonging to the Cavaliers.