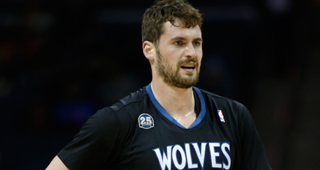 "I think probably right now unlikely. It's the best I can do for you. But I will say this: If you asked me last year at this time would we be in a situation to grab an (Andre) Iguodala, I would have said the same thing.

Conflicting reports have surfaced in recent days on whether the Warriors have included Klay Thompson in discussions.

"The nice thing about him that I think is he hasn't reached his ceiling," Myers said. "I think he's got a high ceiling and that he can only get better, so that's the type of player anybody wants on their team."