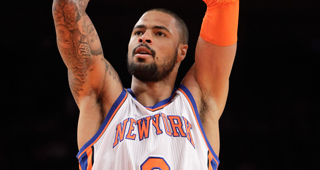 In the proposed trade, the Knicks would also receive the Mavericks' No. 34 and No. 51 overall picks, according to Adrian Wojnarowski.

Chandler was with the Mavericks in 2011 when they won the NBA Finals. The Mavericks elected to let him leave in free agency thinking he would soon be in decline and to maintain cap space to pursue Dwight Howard and Chris Paul or Deron Williams.